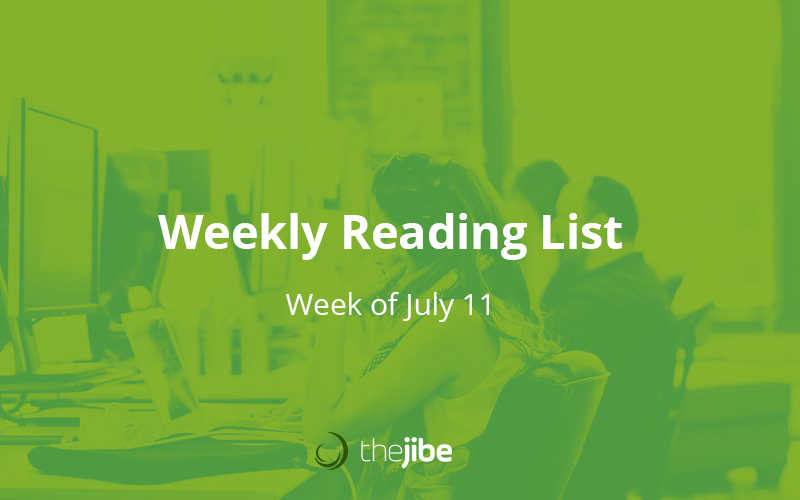 This week in the eCommerce and tech world, we see that once again Amazon scores big with their annual Prime day while their competitors looking to divert traffic to their sites fail miserably. Pokemon Go is having a major moment with it's popularity continuing to skyrocket every day.

Earlier this week Olark launched a new mobile version of their popular live chat software, Hummingbird, helping online retailers with mobile stores to increase conversion and customer satisfaction. 1Atelier an online luxury retailer is reinventing what it means to order customized luxury items online. For all the details continue reading.

46 million Americans bought something on Amazon during Prime Day

This years Amazon Prime day was successful yet again. While competitors such as Wal-Mart, Kohls and Target tried their best to lure Amazon shoppers to their online stores, they didn’t even come close. An Internet Retailer survey further solidified this fact.

On Wednesday morning they surveyed 191 online shoppers in the U.S and about 19.4% stated they had purchased something from Amazon on Prime day.

With Forrester Research estimating there are 244 million U.S online shoppers, this would mean that around 46 million Americans made a purchase from Amazon on Prime Day. To put that into perspective, that is more people than the entire population of Canada (35.16 Million)

If Amazon’s competition wants to drive traffic to their site, they’re going to have to do something drastic. Of the consumers surveyed in the Internet Retailer survey, only 10% said they visited Wal-Mart and 8% stating they visited Target.

Yet again, the world is obsessed with Pokémon. If you have no idea how Pokémon Go works, Fortune says the game “allows players to search for, capture, and train Pokémon characters around their environment thanks to a technology known as augmented reality, which displays graphical characters (in this case, Pokémons) over the real world captured via the device’s camera.”

Since launching on July 6, the popularity of the game has been consistently growing. Last week, more people were using it than Tinder and this week it’s now passed Twitter, next week it’s on par to surpass Snapchat, Facebook and WhatsApp. And according to Survey Monkey, has an estimated 21 million daily active users in the U.S alone. It seems that people are fixated with “catching them all.”

For more stats on how Pokemon Go is slowing taking over the world, go to Fortune

Earlier this week Olark Live Chat today introduced Hummingbird, a mobile-friendly version of their live chat software which no doubt will help online retailers to better convert their mobile traffic.

“Most mobile live chat solutions try to shim the existing pop-up or floating window approach into the limited real estate of a mobile phone. We built Hummingbird so talking to businesses on mobile has a similar look and feel to consumer messaging platforms like Messenger or WhatsApp.

We’ve also given ourselves room to grow on this new platform so we can create richer experiences for our users and their customers in the future. Stay tuned! Hummingbird is just the first step in bringing our human first approach to conversational commerce.”

1Atelier, a Manhattan-based startup is shaking up the way luxury made-to-order items are traditionally ordered with modern technology.

Stephanie Sarka, CEO, who has spent her entire career in fashion, eCommerce and angel investing, believes there is a huge opportunity within the customizable luxury accessories industry which is estimated to be worth $47 billion globally.

1Atelier allows their clients to totally customize a bag online. They may pick a style, experiment with different colors and textures until they’re satisfied with the result. Traditionally, a client would need to visit a physical workshop in order to receive a customized bag. Not anymore.

And with other luxury brand such as Chanel or Céline, which can take over six months to receive a customized order, 1Atelier products are delivered in just 21 days.

To learn more about how 1Atelier is combining old-school craftsmanship with new-school technology, read the whole story at Fast Company