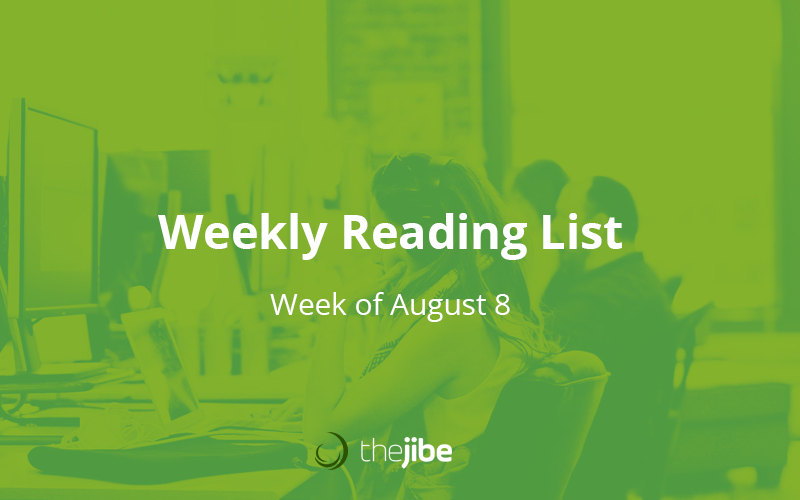 This week in the world of tech and eCommerce, Facebook sneakily blocked ad blockers but the ad blockers fought back. Blockgate 2016 has officially commenced. eCommerce monster Alibaba reported record growth as mobile sales outperformed desktop sales for the first time in the company’s history. In a bid to compete with Amazon, Wal-Mart purchased large online retailer Jet.com for $3.3 Billion. BloomReach is adding value for merchandizers with it's data algorithms and has added new analytics features to it's product. After replatforming with Mozu, Bluefly has seen an increase in mobile conversions and mobile revenue. Read on for full stories.

As you may or may not have noticed, Facebook recently updated the way in which ads are displayed on Facebook, masking them as regular content so ad blocking software would not catch on. However, 2 days later, the Adblock Community has found a way to once again block unwanted ads. Facebook has told TechCrunch they have plans to address the issue. While some feel that ad blocking is a user’s right to determine what they want and don’t want to see, others feel that by using ad blocking software you are essentially stealing from the websites and services you visit. No matter how one feels about the software though, at the moment there are millions of online users taking full advantage of ad blocking, revealing the extent in which one will go to in order to avoid unwanted ads. Online businesses that rely on ads must face this harsh reality and find a new way to promote their product or service.

Alibaba Group Holding recently reported record growth for their quarter ending June 30, 2016, with revenue from mobile customers outperforming desktop sales for the first time in the company’s history. The eCommerce behemoth reported $4.84 billion in revenue, with a 59% increase in year-on-year growth. With over 434 million active customers, Alibaba has seen both growth in sales and users. This quarter alone, it’s cloud-based computing business saw major increases in revenue with 156% year-over-year growth totalling $187 million. However, not all Alibaba’s investments are doing spectacular. For instance, their food delivery service’s net income decreased from $4.65 billion to $1.14 billion in the last year, due to a one-off investment in the company’s movie production business, Alibaba Pictures. Despite speculation of an economic slowdown, it’s highest growth market remains where Alibaba got its start, China. “The 59% revenue growth for the company overall and the 49% revenue growth of our China retail marketplaces represent the highest growth rates we’ve achieved since our IPO,” says Maggie Wu, Chief Financial Officer of Alibaba Group. “As we demonstrate from our segmental disclosure, our results reflect the unrivaled strength of our core commerce business, as well as the accelerating traction we are seeing from our cloud computing and digital media and entertainment businesses.”

Wal-Mart to Acquire Jet.com for $3.3 Billion to Fight Amazon

Earlier this week Wal-Mart announced they would be purchasing eCommerce startup, Jet, for about $3.3 billion, in a move that will have Wal-Mart going head to head with eCommerce leader, Amazon.com. The deal includes $3 billion in cash and $300 million in shares that will be paid out over time. Marc Lore, CEO of Jet, will head up the combined company’s online operations, while current head of eCommerce at Wal-Mart, Neil Ashe, will be relinquishing his position. In recent years Wal-Mart had spent billions on expanding their online presence by hiring thousands of employees, opening two offices in Silicon Valley, and building eCommerce distribution centers in addition to starting a subscription service to compete with Amazon Prime, but still doesn’t come close to Amazon’s online sales. However, the acquisition of Jet.com is upping the competition factor for Wal-Mart a bit more as Jet acheived a $1 billion gross merchandise run rate in just over a year and continues to add to their 400,000 shopper base monthly. Joseph Feldman, an analysts at Telsey Advisory group says “Wal-Mart has definitely put its stake in the ground saying, ‘We’re going to be winning in e-commerce...Amazon should be concerned about what Wal-Mart is doing.” Only time will tell if Wal-Mart will be able to compete with the king of eCommerce.

BloomReach helps online retailers maximize revenue using an algorithm that adjusts content in an automated way depending on a visitors preferences. This week the company announced they are now offering data and analytics to help merchandizers make more educated decisions on how to optimize their product pages. With priority being placed on personalization in recent years, BloomReach CEO, Raj De Datta, says what separates his company from other cloud marketing tools is BloomReachs’ emphasis on data science, and now analytics personalized by merchandizing role. Traditionally, merchandizers rely on “gut” instinct in regards to trends they believe are happening right now, but BloomReach aims to end that by helping merchandizers rely on real data to discover what products customers are looking at and what matters most to them. Since launching in 2009, BloomReach has raised $97 million.

Since recently upgrading their technology, the online fashion store and marketplace has streamlined its online and mobile channels while improving the customer experience and it has really paid off; mobile conversions and revenue have increased. In need of a serious overhaul, Bluefly turned to Mozu, a flexible and unified eCommerce platform, in order to unify and offer their customers a seamless shopping experience across desktop, mobile devices, and a mobile app. With the new brand that now features better content, search functions, and optimization for mobile devices, Bluefly has experienced a 39% increase in mobile conversion and 14% increase in mobile revenue. But Bluefly hasn’t stopped there. With their mobile app for iOS and Android, Bluefly has streamlined the checkout process by using a mobile phone’s camera to scan and sync credit card information, they’re creating a more engaged user experience by connecting customers to the social platforms they use the most, and sending push notifications to announce new products, sales, and promotions. Bluefly isn’t slowing down any time soon and has plans to continually improve their overall online presence.